Lynn Quast, Founder of Equi-Best Equestrian Center in Covington, Louisiana, has over 35 years in the equine industry primarily focusing on Eventing and Dressage. She holds a B.S. in Equestrian Studies. Lynn has served for over 10 years as President of Southern Eventing Dressage Association (SEDA), a position in which she worked tirelessly to promote Eventing and Dressage in Louisiana. Lynn continues her own education through riding in clinics with Danny Moguel, Lucinda Green, Doug Payne, Aaron Nobbs, and Linda Strine. Lynn beams with pride for creating a program for young riders and adult amateurs who compete in recognized competitions throughout the Southeast. Lynn also continues to train and compete in both disciplines. 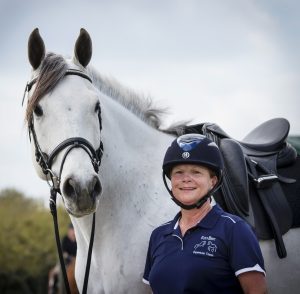 NEW VOCATIONS SATELLITE FACILITY
In February, 2019, Equi-Best became a satellite facility for New Vocations. This has been an extremely rewarding and fulfilling endeavor to Lynn and her staff. They take pride helping to give ex-racehorses a second chance to find another career. Lynn is dedicated to racehorse adoptions and has joined the expanded efforts by opening a satellite facility at Equi-Best. Founded in 1992, New Vocations is the largest racehorse adoption charity in the country. Its mission to rehabilitate, retrain and rehome retired racehorses has led to the placement of nearly 7,000 individuals, with almost 500 retirees served by the program each year. This is just the beginning of a wonderful program that has added a very special atmosphere at Equi-Best Equestrian Center. Lynn looks forward to working with many new horses in 2020!

Find out more about our facility, camps, lessons, and more!

Use our online form